What the PTSA stands for

We Stand for All Children

The PTA is the largest volunteer advocacy association working exclusively on behalf of all children.

For more than 100 years, we’ve promoted the education, health and safety of children, youth and families. Our founders — Alice McLellan Birney, Phoebe Apperson Hearst and Selena Sloan Butler — knew there was no stronger bond than that between mother and child. To the mothers, then, they reasoned, must fall the responsibility for eliminating the threats that endangered the children.

They called for action and people responded – not only mothers but also fathers, teachers, laborers and legislators: all with a commitment to children.

Their commitment continues today — with you.

YOU CAN BE A PART OF OUR FUTURE

With nearly 1 million members throughout California, we’re carrying our founders’ vision – and our children’s lives — into the future. Join PTA and help us keep moving forward!

A HISTORY OF CHANGE FOR CALIFORNIA CHILDREN

The SOCES PTSA is having an association meeting th

Did you remember to change your clocks last night?

It’s time to loan your kids some clothes or borr

The SOCES PTSA is having an association meeting this Thursday morning at 9AM in the library. Join us! ... See MoreSee Less

Did you remember to change your clocks last night? ... See MoreSee Less

Links: For parents by graduation year 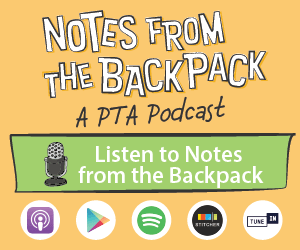